The use of mobile devices to surf the web is growing at an astronomical pace, but unfortunately, much of the web isn’t optimized for those mobile devices. Mobile devices are often constrained by display size and require a different approach to how content is laid out on the screen.

A multitude of different screen sizes exists across phones, “phablets,” tablets, desktops, game consoles, TVs, and even wearables. Screen sizes are always changing, so it’s important that your site can adapt to any screen size, today or in the future.

Responsive web design, originally defined by Ethan Marcotte in A List Apart, responds to the needs of the users and the devices they’re using. The layout changes based on the size and capabilities of the device. For example, on a phone users would see content shown in a single column view; a tablet might show the same content in two columns. 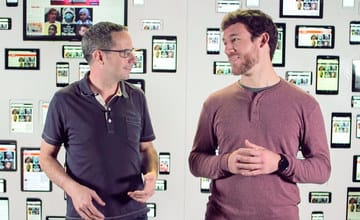 In this course you’ll learn the fundamentals of responsive web design with Google’s Pete LePage! You’ll create your own responsive web page that works well on any device – phone, tablet, desktop or anything in between.

You’ll start by exploring what makes a site responsive and how some common responsive design patterns work across different devices. From there, you’ll learn how to create your own responsive layout using the viewport tag and CSS media queries. As you proceed, you’ll experiment with major and minor breakpoints, and optimizing text for reading.

This is a free course offered through Udacity